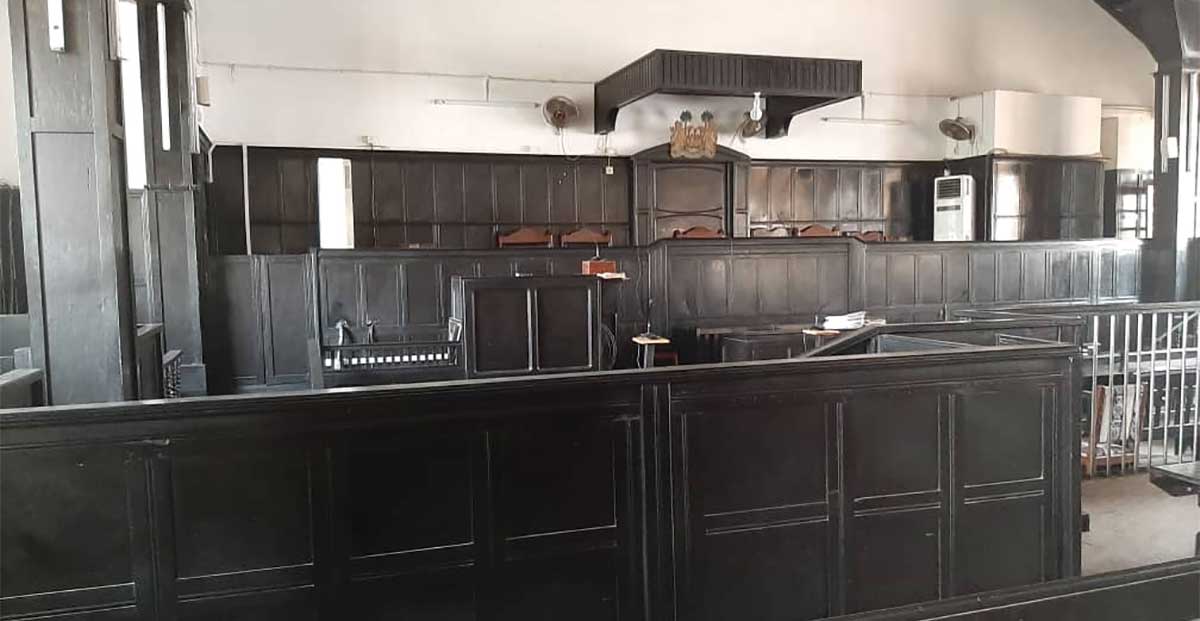 In a courthouse in Freetown, Sierra Leone, on Tuesday, February 11th, after being found guilty on 30 counts, two women were sentenced to prison for trafficking-in-persons (TIP) and money laundering.

The women were initially convicted in a landmark case on Thursday, February 6th – the first human trafficking conviction for Sierra Leone.

One of the accused, Fatmata Kamara, was convicted on 30 charges and received a sentence for 20 years in prison. The second accused, Kadiatu Kargbo, was found guilty on two counts and sentenced to 8 years in prison. They were caught in a breakthrough trafficking bust in January while attempting to traffic young Sierra Leonean women across the border.

World Hope International (WHI) attended the hearing along with the rescued survivors, nine of who have been sheltered since their rescue at World Hope’s Recovery Centre.

Following the conviction on Thursday, State Prosecutor Adrian Fisher, Esq., shared that he was confident a strong sentence would be passed down and stated that “World Hope International has done brilliantly in the success we have had [in this conviction].”

One of the reasons there have been no trafficking convictions since 2005 is because survivors of trafficking are often approached in their communities and either pressured or paid off to not testify against the accused.

“If we can’t secure victims, you aren’t going to get convictions,” Fisher explained. “If we’re gonna fight this thing, we need to secure victims.” WHI arrives at the Sierra Leone High Court with survivors who were rescued at the border from an attempt by the accused to traffic them.

“This case is a perfect example of all aspects of anti-human trafficking work: prevention, protection, and prosecution,” shared Haley Clark, WHI’s Director of Gender-Based Violence & Anti-Human Trafficking programs. The training of border guards led to identification of the trafficking attempt (prevention), World Hope was able to shelter (protect) the survivors, and years of working with the Government of Sierra Leone on prosecution and anti-trafficking legislation and awareness led to the conviction last week and sentencing today (prosecution).

“Our hard work on Trafficking-in-Persons has paid off today and it was a big day for Sierra Leone,” Saidu Kanu, WHI’s Country Director for Sierra Leone, stated after the sentence was announced today. “After many years of training law enforcement officers and engagement with the government and judiciary, the first Trafficking-in-Persons conviction was handed today. This is a cause for celebration and kudos to our staff who provided care and accompanied the survivors to court.” The survivors outside of the courthouse

As Fisher noted, “There’s nothing sweeter than putting a bad guy in jail; knowing they’ll never hurt anyone again.”

But for the women who were rescued at the border from the trafficking attempt, today was also a sobering day.

When the historic conviction was first announced on Thursday, the women “were shouting ‘we have won the case—thank you to WHI!'” and laughing and dancing for joy,” according to WHI’s Recovery Centre Counselor, Fanta Conteh.

As the case dragged on, they had begun to fear that perhaps there would be no conviction and were elated by the news.

Today, however, the women were quiet as the sentences were announced. One sobbed bitterly and shared that one of the accused who had recruited her for this “opportunity abroad” had been her friend.

The judge also announced that the survivors would not be compensated, as the agent who used the convicted women to recruit the survivors was not himself caught. These agents are often the masterminds behind the scenes and, in this case, the money the survivors paid for their opportunity to work abroad was wired to him. One of the accused said he is in Ghana.

They will have to find and arrest this agent whom the convicted traffickers were working for in order for the survivors to get compensation–and the judge asked the Fisher as Prosecutor for the case to try to get him.

“Exploitation like human trafficking is terrible because not only is it enslavement, but it also preys on the victim’s hopes for the future and steals their dreams, their trust, and their opportunity,” stated Saidu. “Now there is a message from the Government of Sierra Leone that this is not acceptable.”

The survivors must now begin the task of moving forward and figuring out what life will look like for them after this. One survivor shared that they wish the sentence had been for 50 years and another noted that “If anyone tells me about having a program overseas again, I will hit that person with a big stick.”

“I think a strong message has been sent. It’s a start to get to the masterminds, and these women could have been trafficked again if they had not found themselves in the recovery shelter,” shared WHI’s Trafficking-in-Persons Protection Manager, Miriam Fullah. “They now understand the seriousness of the situation they were in.” A Cross section of the National Trafficking in Persons Task Force present in court to witness the 1st ever sentencing of a TIP case. Represented were: WHI, IOM, MCCU/SL, US Embassy, and MSW

Looking at what’s next for Sierra Leone as a country after this case, Saidu shared, “It is my hope that these long sentences handed down will send a strong message to would-be traffickers and that this case helps get the revisions to the Trafficking-in-Persons Act of 2005 that we helped work on passed into law in the near future.”

Learn more about World Hope’s Strengthening Responses to Trafficking project, the Recovery Centre, or other protection work World Hope does. You can also be part of breaking the chains of human trafficking by giving to The Hope Fund.